Gather your nuts while you may 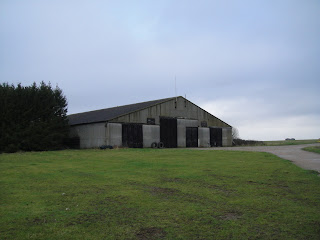 With organic wheat prices at around £280 per tonne and talk of organic dairy businesses unable to make a profit if prices are above £250, it is tempting to argue that to support the industry, we cereal farmers should be selling to dairy farmers at a price where they can make a profit. It is an argument that is debated within organic circles regularly, often with some sympathy from the cereal sector.
Since I have been farming organically, we have seen the feed wheat price at £145 per tonne and up to the highs and beyond what we are experiencing today, but never has there been a time when it is suggested that these levels of commodity prices are here for more than a number of months, until now.
The last time a grain store was build on this farm was by my grandfather in 1964. Luckily he was a man with great foresight, and against all advice he built a 3000 tonne, single span, asbestos clad, steel girded monster for a farm that then probably only produced 1500 tonnes of cereals in any one year. Even though my crop assurance inspector tells me that our store is better than most, I know that at some point soon I am going to have to make some sticky financial decisions on how we store our grain.
So back to the organic dairy sector and cereal prices. The argument that we cereal farmers should take a knock on the price we could get in the market so that the dairy sector can make a living is plainly ridiculous. I don’t hear any East Anglian conventional cereal farmers out there saying, “Hold on lads, lets give these poor old livestock farmers a break and sell at £120 per tonne,” when the market is hovering around £200, so why should we? Equally, diary farmers selling at a loss is absurd, but it is the consumer who is going to have to pay for the increase in higher wheat prices in a fairer price for milk.
The price rise will have to be greater in the conventional market as the organic wheat market has only risen 55% during this marketing year while the conventional market has risen over 120%.
It’s high time that we all valued food more. None of us go into the photographers and say, “I’ll have the cheapest camera you’ve got.” We buy the best one we can afford.
As for my grain store; if for the first time since I have been farming I am allowed to make a profit big enough so that I can invest in some of the large capital items that have had to have been ignored for the last 20 years, I certainly won’t feel guilty about that.
And as a final warning to those with antiquated stores. At a grain management workshop I attended recently, the speaker spent some time listing the creatures that can infest our stores if conditions allowed. Nearing the end of his terrifying roll of beasties, he showed a picture of a particularly nasty weevil with a long weevily snout. “And this one,” he said, “this one you can find on your nuts.” Now, you wouldn’t want that, would you.
Blog for National Farmers Union website - February 2011
Posted by John Pawsey at 03:14