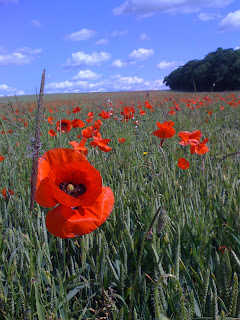 I cannot thank the National Farmers Union enough for providing an online live feed from their 2012 conference. As the day loomed I began to regret not having committed to attend in person, and looking at my diary a few days before hand I could see that it was going to take a lot of juggling to make it, but to temp myself further I went onto the NFU website and downloaded the conference brochure to see exactly what I would be missing and spotted the link to watch all the major speakers live. I was in!

The sound on Peter Kendall’s opening speech was very distorted to the point that I had to turn the sound down and bury my head in the office work I had allotted myself for the proceedings, but following Peter was Caroline Spelman MP, Secretary of State, DEFRA and her undistorted dulcet tones grabbed my attention and it was sound perfection for the rest of the conference.

Not only was it audio heaven, but the way that the picture swapped between speaker and what was being shown to the delegates on the overhead projection was perfectly timed. I can’t help thinking that in the quiet of my own office with lashings of fresh coffee and shortbread that my experience of the conference was possibly better than those who attended.

Having said that, to actually be there for the charged atmosphere that the conference typically creates, the banter in between sessions, the cut and thrust of the bar in the evening swapping beer enhanced fanciful new directions and ideas takes some beating.

Unfortunately the deadline to get the paperwork sorted out for my pending photovoltaic (PV) installation and the looming deadline of 3rd March to achieve the 32p Feed in Tariff (FiT) weighed more on my mind.

But I have had a major problem. Because the energy company that I have to deal with has taken around three months to come back to me with confirmation of what I can actually feed into the grid, it has taken me an abnormally long time to be able to commit to the offer that my chosen PV company has made me. Because the FiT is being funded by energy companies who in turn have to raise their energy charges to us to pay for them, makes these tariffs unpopular which means the energy companies have little or no incentive to get back to prospective PV customers, especially at the tail end of the higher tariff. Even I have calculated that it would be insane to put up a 50kW installation to discover that I could only feed in 30, so I was completely ham strung until I had got that information. The cynic in me says that the energy companies know it and hope that with the confusion that the government created by messing around with their FiT promises will unsettle us all and we will all go away until the tariff has been lowered.

The only benefit from the delay has mean't that all this uncertainty has brought the price of PV panels down meaning that it now looks like a bit of a financial no-brainer for farmers even at this late stage. This unexpected windfall is not without risk and may be construed as opportunistic by the general public, but whatever the man or woman in the street thinks of this green tax, the whole green energy revolution has to be kick-started and the most effective way to do that is with government incentive, even if this one now looks over egged. Governments have been subsidising coal and nuclear power for decades, so why should renewables be any different?

The downside of the delay means that I have not yet applied for planning permission which means that it will have to be made retrospectively, and that planning application was what was distracting me from the conference. This might all seen like planning suicide, but a call to my local planning department gave me some solace in stating that although they could not definitely say that I would get it, given the information that I gave them they felt that my circumstances indicated that it would be difficult to find a reason why it would be turned down. So, the materials arrive imminently and we are standing by our beds.

However, the scoop I am dreading in the East Anglian Daily Times is:

My only hope is that there are too many cuddly words in that potential headline for the planners to refuse me. Fingers crossed!