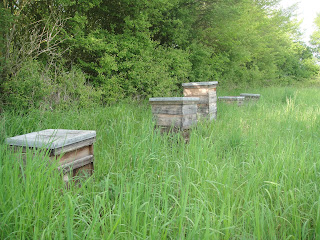 The on-going Rothamsted GM trial has been a difficult cross for we organic farmers to bear as we have once again been forced into the debate because our standards DO NOT permit us from coming within a gnats hair of the stuff and our public mantle has been hijacked by lunatic organic farmers making any credible argument for the “concerned” farming lobby all the more difficult to be heard.

In my experience the Anti-GM movement appears to develop two forms of organic lunatics.

Lunatic one – The Anti-GM organic farmer that has the public eye: An emotional organic farmer who has taken to expressing their own views on media platform. I feel that very often individuals such as these fail to get any coherent points across because it is impossible to interpret the emotional verbal diarrhoea that is often displayed by these individuals. The public need and want a reasoned debate and instead often get a shouty mess. Anti-GM, nuls points.

Lunatic two – The Anti-GM organic farmer that has taken action: Others choose to take matters into their own hands and  have been known to scale Rothamsted’s fence and attempt to destroy the independent trials. These individuals are often Seasoned protestor and appear to take great glee in their actions. Many of us are stained by the actions of these individuals and feel that it does not help the debate to move forward - another nuls point.

My experience of organic farmers over recent years is that they are starting to question why the “organic movement” is so entrenched in it’s anti GM stance. As one long standing organic farmer put it the other day when talking about the perils of GM, “Nobody died yet.” An organic farmer stood up at a Soil Association conference a couple of years ago and suggested that GM crops could actually be of benefit to organic farmers. Gasp!

In my view there should be no reason why organic farmers should have any different opinion from non-organic farmers about whether or not GM would be good or bad for UK agriculture, it shouldn’t be just an organic issue. None of us want environmental contamination and “super-weeds,” none of us want all our profits controlled by global agribusiness and nobody wants to eat food that will harm us. The issue is all of ours to deal with.

I am no GM apologist, but organic farmers need to distance themselves from the lunatics and the carte blanche “NO to GM” lobby. We need objective debate so that farmers from every persuasion as well as the general public can be presented with the facts. And if anyone is going to do research into GM crops, for God’s sake let it be independent research institutes like Rothamsted or dare I say it the Organic Research Centre and let it be publicly funded.