Social Networking. Get with The Now Granddad! 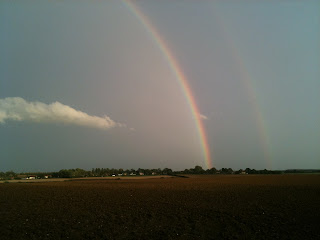 When I first came home to farm in the mid 1980’s our local market town still had a livestock market and was the weekly collecting point for farmers to meet and chew the cud. I didn’t actually have any livestock, but I knew a few who did so I would still go for a chat and to see how their prices faired.
The auctioneers also had a barn there with odd bits and pieces for auction, not all even agricultural but it was always fun to poke about and see if you could pick up a bargain. As well as that there was a chap who used to sell plants and fruit trees and most of the apple trees we have on the farm today originated from that market.
After the sales we would wander down to the Market Tavern for a pint and a gossip before returning home feeling refreshed and having gleaned a little information from friends and neighbours about wether or not they were caught up with spraying, a moan about the wheat price or a good boast about how good your yields had been that harvest.
As is the way of many livestock markets ours is now a huge shopping centre ionically named “The Arc”, rendered stockless by the acres of paving slabs and shops.
Since the market’s demise the only place that farmers regularly meet in our area is on either the hunting or the shooting field, but recently with social networking that has all changed.
Now I know that there is no substitute for meeting in the flesh whilst participating in something that we all enjoy, but I probably know more about what my contemporaries are doing at any given time now than I ever did. My new farmer “friends” are generally not my neighbours and not even necessarily in my own country let alone county, but none the less, they go some way in providing that farming contact and information that I used to get at the market.
At the end of August this year after a big family sort out, I decided to record a year in short video clips of my farm with the aid of my video recording mobile phone. Because time is short, none of my clips are rehearsed and they are strictly single-take events to avoid the process being too much of a burden. If something occurs during the day that I think might be interesting to farmers or non-farmers alike, I whip out my phone and talk over a brief clip of about 1 to 2 minutes long to explain and show what we are currently doing.
The original reason for doing it was so that I could give my children a recording of the first year of me owning the whole farming business, but then I thought that it might also be interesting to put the clips on YouTube so that I could share them with others.
I was convinced that nobody would ever find my channel, but it was amazing how quickly people stumbled upon it. I have only had it up and running since 30th August this year and I have had nearly 4,500 uploaded views and have 22 subscribers who are mainly from the UK, but also from Ireland, Denmark, Austria and from Greece. Looking at the data from the uploads, nearly 60% are from the UK with the majority of the remainder coming from the US, Austria, Brazil, Canada, Ireland, Slovakia, Finland, Slovenia and Greece.
Even though it is interesting to look over the hedge to see what your neighbours are doing, it’s even more interesting to see other farmers clips about what they are doing in other parts of the UK or in other European countries. Somebody is always planting seed or harvesting crops somewhere.
Then there are the possibilities for exchange of information. I have just started getting a few comments about some of my clips, mainly asking why we do things the way we do, but also suggestions of how to over-come problems that I have publicised during recording a clip.
The other social medium that I am really enjoying is Twitter. The common misconception is that that “Tweets” are solely used for telling your “followers” that you have, “Just been into the kitchen to make a cup of tea”. In my experience nothing could be further from the truth. I use it for letting people know when I have just put another clip up on YouTube, but mainly I use it for sharing articles that I think that the people who follow me might find interesting and reading articles that people I follow think that I might find useful.
In the farming world there is plenty happening on Twitter. For example if you follow The NFU, Farmers Weekly, Organic Farmers & Growers and Openfield you very soon start to build up your own farming news source. Most of these organisations use Twitter for breaking news and so the information you receive is unbelievably current, enabling you to stay ahead of the game with farming news and commodity prices. You really to have to try it to understand how valuable it is.
With smart phones with larger screens all of this can be easily read and accessed on the hoof, and with their ability to record and upload videos as well, it is possible to do all the above without sitting in front of a computer.
If after reading this you are still sceptical about the wonderful possibilities that social networking can deliver, in the words of a “yoof” I heard on a debate on the radio the other day, having just been criticised by a gentleman on the panel for indulging in the perceived “banality” of Twitter, he was told by the said yoof to “Get with the now, Grandad!”
To find out more, see me on YouTube at http://www.youtube.com/user/JohnPawseySPF?feature=mhee or on Twitter @hanslope and get with the now!
Blog for National Farmers Union website - October 2011
Posted by John Pawsey at 08:48